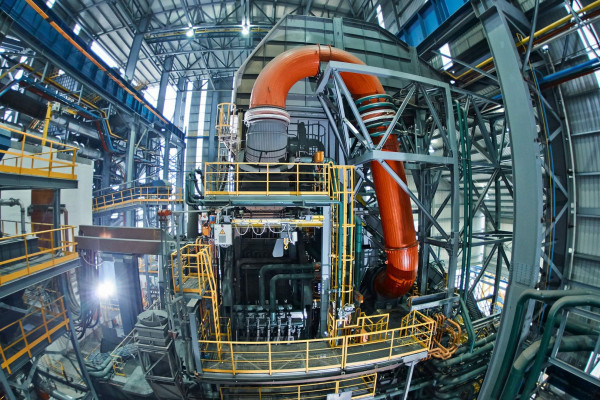 Russian steel maker Magnitogorsk Iron and Steel Works (MMK), a Metal-Expo regular exhibitor, announced that MMK Metalurji in Turkey has started hot tests at its electric arc furnace facility with a casting and rolling module. MMK has begun the first phase of hot testing of technological equipment at its electric arc furnace facility in Turkey, which was halted in 2012 due to unfavourable economic conditions in the Turkish market.

Upon completion of tests, the complex, intended for the production of hot-rolled coils, will resume its work in full. MMK has invested about USD 40 million to restart this production facility. After restarting the hot section and reaching its full capacity, MMK plans to produce about two million tonnes of hot-rolled coils per year

The phased launch of the electric arc furnace facility with a casting and rolling module at MMK Metalurji’s industrial site in Iskenderun implies a gradual increase in production. In total, it is planned that the site will produce 200-260 thousand tonnes of hot-rolled steel in 2021, with the unit reaching full capacity in 2022.

MMK Metalurji, a modern steelmaking complex in Turkey, operates an electric arc furnace facility with a casting and rolling module, a cold-rolling mill, galvanizing and color coating lines, as well as two service centres in Iskenderun and Istanbul. The Iskenderun production site also features a sea port that can accommodate ships of up to 100,000 deadweight tonnage and is used to supply raw and input materials to the plant as well as ship products to customers.

Metallurgy.Russia’2021 , Litmash.Russia’2021 and Tube.Russia’2021 exhibitions held in Moscow on June 8-10 brought together a number of Russian and international suppliers of industrial equipment for various industries. The exhibitions revealed the la...

Metallurgy.Russia and Litmash.Russia to be held on June 07-09, 2022 in Moscow

After the metal trade fair quartet was successfully held at the EXPOCENTRE fairground in 2021, the metallurgy and foundry industry is now looking forward to get together again in Moscow. From Jun...

Scientists from the National University of Science and Technology “MISiS” (NUST MISIS) , a Metal-Expo regular exhibitor, in cooperation with their colleagues from the Siberian Federal University and the Research an...