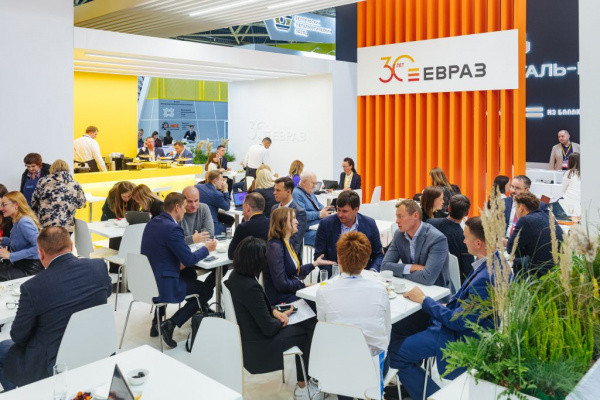 Within the framework of the environmental strategy of EVRAZ until 2030, EVRAZ ZSMK intends to implement a number of waste recycling projects. Two of them are for the organization of dry waste removal of a fraction of 1-150 mm and a fraction of 0-1 mm of a coal-processing workshop of coke chemical production. This is stated in the company's message.

As a result, a marketable product will be obtained from the coal-enrichment rock, which can be used in the manufacture of cinder block products, the production of red bricks, the construction and repair of highways, and the filling of ravines.

Another project involves the use of dehydrated ash and slag from the West Siberian Thermal Power Plant as building materials, as well as inert materials for the reclamation of the landfill.

Projects for the dewatering of iron-containing sludge from blast furnace and converter shops with the installation of press filters and waste processing are also being considered.

The projects will allow to reach the level of recycling up to 96% and reduce the volume of waste generation by another 1 million tons per year.

About 88% of production waste is disposed of, recycled and reused at EVRAZ ZSMK. This amounts to about 4.6 million tons per year.

The main sources of technological waste generation are the processes of production of coke, lime, agglomerate, cast iron, steel, rolled products, hardware, as well as activities to ensure and maintain the main production.

About 65% of the waste generated at the plant is transferred to specialized organizations for subsequent processing, disposal or neutralization. These are mercury-containing waste, used batteries, waste mineral oils, mixtures of petroleum products, computer and office equipment that have lost their consumer properties.

About 23% of waste is involved in the technological process of its own production. The slag of steelmaking and blast furnace production is pre-crushed, metal-containing products are extracted from it and reused in production. The sludge formed during the production of coke and cast iron is used as fuel in sintering production. Coal sludge is used as fuel in the coke shop. The dust of gas purification of aspiration systems of blast furnace and electric steelmaking industries is used as an iron-containing raw material at the sinter plant. At a specialized chemical waste disposal plant, enterprises receive various additives. For example, an additive to coal charge is obtained from coal fuses, which becomes a raw material for coke production.

EVRAZ is a vertically integrated metallurgical and mining company with assets in Russia, Kazakhstan, the USA, Canada and the Czech Republic. The company is among the largest steel producers in the world in terms of production volumes. Its own base of iron ore and coking coal almost completely meets the internal needs of the company. 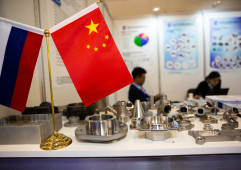 Chinese Companies are Coming Back to Russia

China lifted quarantine requirements, ending almost three years of self-imposed isolation. During this period, foreigners were practically not allowed into China, and the Chinese people themselves did not have the opportunity to leave the c... 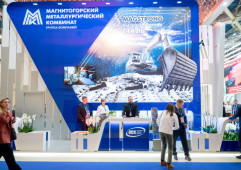 MMK to Invest in Environmental Protection

Steel producer Magnitogorsk Iron and Steel Works (MMK) has announced that it will invest RUB 26.8 billion ($455.2 million) in environmental protection this year. The main investments will be linked to the construction of new environmental pro... 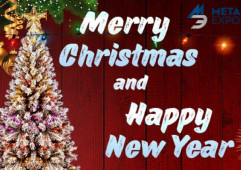 Sending our warmest Holiday greetings from Metal-Expo company to yours. We appreciate doing business with you and we wish you all the best! May the upcoming year be full of joy, happiness and peace for you. We wish all our partners a Merry Christ... 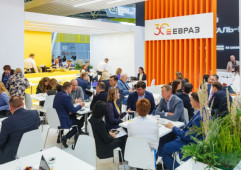 Within the framework of the environmental strategy of EVRAZ until 2030, EVRAZ ZSMK intends to implement a number of waste recycling projects. Two of them are for the organization of dry waste remov...